Wimbledon grass to be fitted with air conditioning

With another Wimbledon just around the corner, the organisers of all the major Grand Slam tournaments across the world are competing to become the most prestigious tennis event of the calendar.

The All England Lawn Tennis & Croquet Club (Aeltc) is the 117-year-old establishment that organises and operates the famous Wimbledon Championship, which is held every year and considered the best tennis Grand Slam by many people, ahead of the French, US and Australia Open. 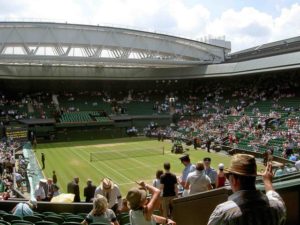 Wimbledon organiser are spending on the event’s arenas

Official reports published by the All England Club state that they need to further “improve our facilities” and that the club cannot afford to “stand still” in the perpetual race to be the Grand Slam leader.

The club’s officials want the Wimbledon Championships to maintain its unique “tennis in an English garden” feel, however with a hint of modernism, which is surely needed to attract today’s modern crowd and tennis’s best players.

Following the end of this year’s Wimbledon tournament in July, renovation work will begin on the Number One court, including the installation of a retractable roof and a special air conditioning system designed to protect the grass.

The All England Club has borrowed £175m in credit from HSBC to carry out the modernisation and the construction work is to be completed by the Sir Robert McAlpine group, which successfully secured the £70m contract.