The Vatican has installed state-of-the-art air conditioning in the Sistine Chapel.

The £2.4 million system took 3 years to be installed and will protect and preserve iconic frescoes by Michelangelo which adorn the internal walls of the chapel. 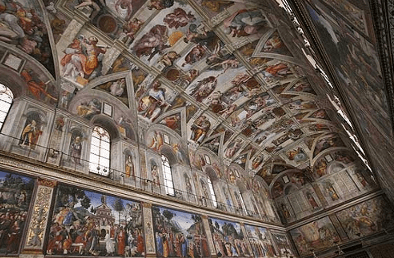 The new air-conditioning unit has been brought in as a response to the large number of visitors the Sistine Chapel welcomes every year.

70 sensors within the Sistine Chapel will work to protect the paintings by purifying the air of the breath, sweat and heat exuded from visitors, as well as dust particles present in the air.

As part of an overall strategy to preserve the frescoes, the Vatican has also announced that it is set to impose limits of 20,000 visitors per day with a maximum of 2000 visitors within the Sistine Chapel at one time.

LED lighting has also been installed along with the air-conditioning system to enhance the appearance of the paintings.

Michelangelo completed the paintings in the first half of the 16th century, with the last major restoration, which took 14 years, completed in 1994.