The RAC Cooling Industry Awards have been officially launched for the 12th year running and those from the refrigeration and air conditioning industry are invited to enter their innovative ideas to be in with a chance of winning one of the highly coveted awards at this year’s ceremony.

Companies and individuals from the UK’s refrigeration and air conditioning industry will gather together on the evening of September 28, at the Hilton Hotel, in Park Lane, London, were the industry’s most impressive achievements will be celebrated in style. 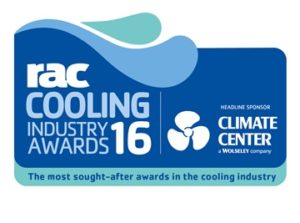 The organisers and sponsors, including headline sponsor Climate Center, will be hoping that this year’s event is as successful as last year’s, when 600 individuals from the competitive industry came together to acknowledge the importance of refrigeration and air conditioning.

As technology advances and a global emphasis is made upon the importance of efficient innovations, the judges will be looking for companies who can bring something new and green to the cooling industry.

Entries must be made by April 13, 2016. Those who are successful will face a panel of industry experts in a ‘Dragons’ Den’ style pitch.

Please follow this link to find out more about our air conditioning services.