The Associated Society of Locomotive Engineers and Firemen (Aslef), the trade union which supports British train drivers, has been encouraging striking action amongst train drivers in protest against the new 12-carriage one-man operation trains which will be used for the Gatwick Express service. 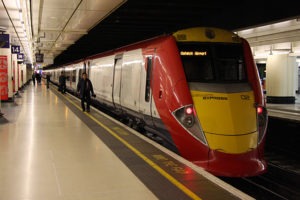 A Gatwick Express train; the new 12-carriage trains will have air conditioning and WiFi

According to Aslef and strike supporters, the 12-carriage trains are not as safe as the shorter trains that currently operate the Gatwick Express service.

For this reason, Aslef was taking legal action against rail operator, Govia Thameslink Railway (GTR), in order to stop train drivers from being forced to work the trains.

Aslef has confirmed it is dropping all legal action against GTR and understands that the train company “is contractually entitled to require drivers employed on the Gatwick Express services to drive 12 car DOO”. Aslef is now required to pay £250,000 in legal costs.

Gatwick Express passengers are set to enjoy the new trains, which offer more seating and luggage space and also all the mod cons, including WiFi and air conditioning.

A spokesperson for GTA said: “We are pleased this matter has been concluded. It supports the continued introduction of our new 12-carriage Gatwick Express trains.”