Global deal to reduce the use of HFCs made in Rwanda

HFCs are the chemicals used in refrigerators and air-conditioning units

Over 170 nations have agreed to limit the use of hydrofluorocarbons (HFCs) in air-conditioning systems and refrigerators in what has been described as the “largest temperature reduction ever achieved by a single agreement” by The Institute for Governance and Sustainable Development.

The deal was struck last Saturday morning at the 28th Meeting of the Parties to the Montreal Protocol on Substances that Deplete the Ozone Layer, held in Kigali, Rwanda, following a night of discussion and negotiations. 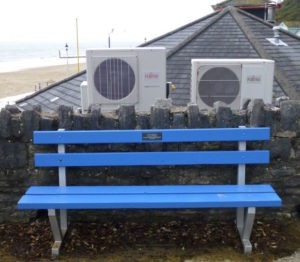 Air-conditioning units and refrigerators use HFCs

HFCs are the chemicals used in air-conditioning units and refrigerators, amongst other things, including inhalers and fire extinguishers. They were first developed in the 1980s when it was thought they were more environmentally friendly than the ozone depleting chemicals of the time.

However, as demand for air-conditioning grows in emerging global economies such as China and India, the ever-increasing use of HFCs has resulted in them now being considered the biggest risk to the world’s climate.

Environmental experts claim the deal will help reduce global warming by half a degree celsius within this century, however, others believe that developing countries, including China, should start efforts before 2024 in order to make a real difference.

John Kerry, the US secretary of state, who gave a talk at the meeting in Rwanda, commented following the announcement of the deal: “Agreeing a deal to phase down the use of HFCs is the single most important step we can take to limit the warming of the planet.”

For more information about our air-conditioning services in your area, please click here.