A new survey carried out by the Electrical Contractors’ Association (ECA) has found that the building electrical and engineering services sector experienced no financial backlash in the first week following the EU referendum in June.

The survey covers the second quarter of the financial year 2016 and represents the figures from the months leading up the referendum and the week following the ‘Brexit’.

According to ECA’s findings, up to 78 per cent of building and electrical services firms in the UK, including manufacturers, suppliers and installers of air conditioning, heating and ventilation, recorded a steady turnover increase during this period. 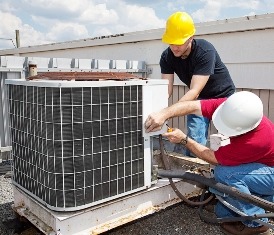 The fact that the “electrical and building services firms have been doing more business” is encouraging considering the uncertainty that was abounding throughout the country before June’s EU referendum and other “potential challenges in the wider economy”, said the CEO Steve Bratt of ECA.

Small and medium-sized businesses (turnover under £5m) in the building and electrical services industry recorded a turnover increase of 7 per cent in Q2. While 83 per cent of large companies (with a turnover between £5.1m to £20m) reported a consistent turnover.

Those firms with a turnover of over £20m also recorded positive Q2 results, with 35 per cent experiencing a turnover increase, while 53 per cent reported no difference compared with Q1.

Despite the ongoing uncertainty surrounding the ‘Brexit’, those involved in the building and electrical services industry do not expect turnover to plummet in Q3, with 83 per cent saying they expected turnover to increase or remain steady.