The Building Research Establishment (BRE) has published a new report discussing the energy consumption of air conditioning throughout the United Kingdom.

According to the report, which took over two years to complete, air con cooling could possibly account for as much as 10 per cent of the total amount of electricity used in the UK. However, the report’s authors state that there is a certain amount of uncertainty surrounding this figure. 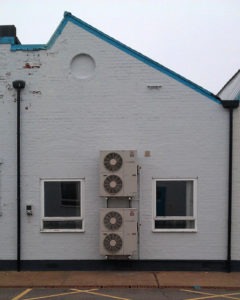 This could be a reaction to the increase in heatwave days experienced in the UK, which, according to the report, rose from 5 days in 1961 to 17 days in 2003.

A typical office consumes 44 kWh/m² of electricity for its air conditioning cooling; this is similar to the air con energy consumption of most retail premises. But the report highlighted that some offices continued to operate the air con system even when the premises were vacated in the evenings and on weekends.

Over 50 per cent of the air con units installed in the UK are split system units and the average energy efficiency ratio (EER) is 3.4.