The introduction of new air-conditioned trains onto the Great Northern route by train operator Govia has caused outrage amongst London commuters as the new carriages will have 30 per cent less seating that the current outdated carriages.

Commuters who make the daily run into London using the Great Northern route will enjoy the added benefits of modern carriages, complete with air-conditioning, spacious toilets and a new seating and table arrangement which ditches the old two-by-three seating system in favour of a two-by-two arrangement. 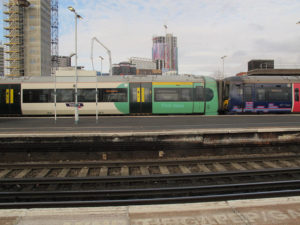 However, this creates fewer seats on a service which already suffers from overcrowding at peak times.

The new carriages are to be introduced over the next few years, with the first few being launched into service next month. Commuters will have to suffer uncomfortable (albeit air-conditioned) journeys until sometime in 2017, when Govia will introduce the new Class 700, which seats 666 people.

One regular commuter who travels to London everyday on the 7.18am service from Hertfordshire told the Royston Crow: “I’d rather go without air-conditioning and have a chance of a seat. I stand most days so it’s only going to be worse when they bring the new trains in.”

A spokesperson for Govia said more trains will run during peak and off-peak times between Hitchin and London which will hopefully reduce the impact of fewer available seats.

Please click here for more info regarding our air-conditioning services throughout the UK.