Two young students from Limerick, Ireland, have attracted praise at the BT Young Scientist project fair for their air-conditioning invention for bees.

With the bee population in decline, it seems as though anything that will help in their fight for survival can not go amiss and the young inventors of the new ‘Bee Cool’ air-conditioning system think that their new idea will help bees in their productivity.

Co-inventor David O’Brien explained the thought process behind the air-conditioning system: “Once the temperature goes over 34 degrees the bees aren’t able to produce honey. So what they do is they bring one drop of water into the hive. They spit it out and flap their wings to evaporate it. That’s taking up the time and effort that could be used making honey.” 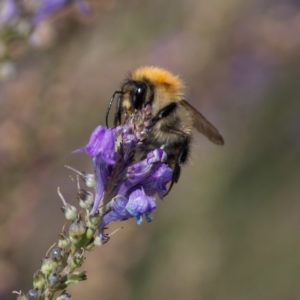 Students at a Limerick college invent air-conditioning for bees

The young students, David O’Brien and his fellow inventor, Danny Moriarty, students at Desmond College, Newcastle West, carried out research before building their ‘Bee Cool’ system and even contacted the University of Georgia’s Agricultural and Environmental Sciences department and the County Limerick Beekeeper’s Association to discuss the effectiveness of their idea.

The young Mr O’Brien and Mr Moriarty are now hoping that beekeepers around the world will be attracted by their invention.